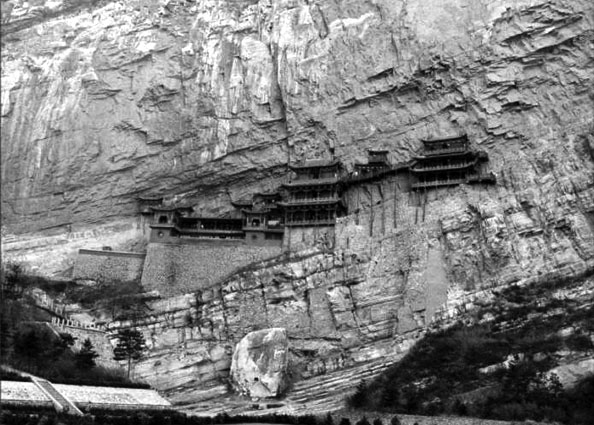 In escaping the Militia sent to quell the uprising, the free made perpetual city/train races along the edge of the Cacotopic Stain; a place of twisted and ruptured physics(!). Here they encounter the smokestone; clouds of billowing liquid stone, that set as mountains and plateaus and vapourise back into mist without warning.

They race through the cloud of stone barely escaping before it sets: 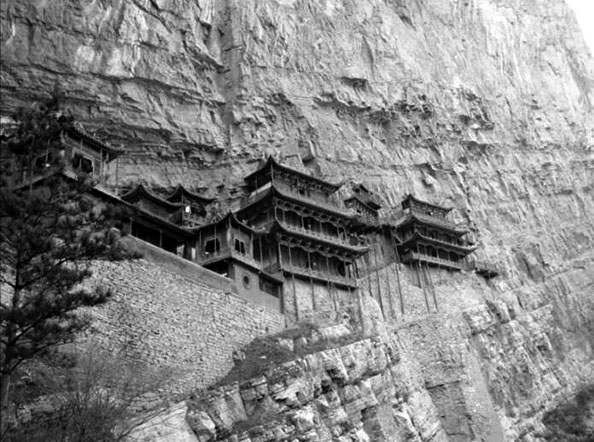 “An enormous boiling of rock is where the train came through. The rails disappear into it, embedded forever or until it desolidifies again. (…) There is motion, and Judah’s face curls to see in the mid of the new rock geography a forearm protruding, jutted like some horizontal cliff plant, still clutching or trying to clutch as the nerves of the corpse within the smokestone die.”

One wonders if the Xuankong hangin monastary in the Shanxi province of China met a similar fate. Frozen in a cliff of liquid stone.