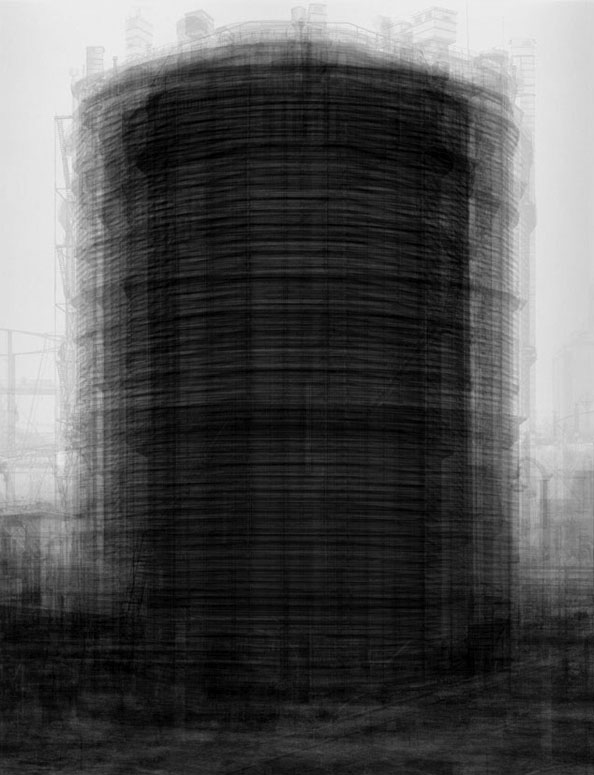 Idris Khan’s super imposed photographs, trade on the rigorous methodology of Bernd and Hilla Becher. The Bechers photographed and cataloged industrial buildings around Germany and the USA, maintaining a strict set of guidelines that encouraged objective analysis and comparison between similar built types.

Khan’s photographs superimpose each photograph from one of the Becher’s series onto one another to form a single photograph. Admittedly (and I don’t want to play chicken and egg here…) the method is similar as that used in Megan Gould’s “Google Averages”as well as Jason Salavon’s “Every Playboy Centrefold”. However in this case the effect not one of an abstract blur but an emphasis in the similarity of form and the minor discrepancies of detail.

Which appears to bear some relation to this devastation.