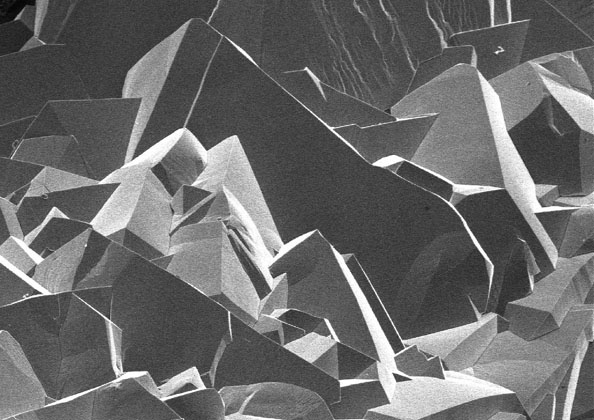 And while we are still off discovering strange worlds, has sent an expedition off under the watchful gaze of an electron microscope in the Microworld. It is a journey that would make a worthy sequel for Innerspace perhaps

A Perilous Journey Lay Before Them.

The Forest That Knew No Fractals. “…as if stripped bare by some gigantic explosion. They pressed onward drawn by the strange light that beckoned.” 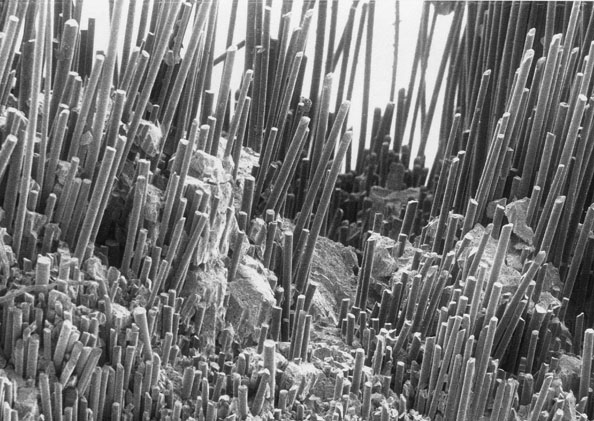 The coaster had lost its roll. “The remains, of what they could only imagine as a gigantic theme park, stretched out for miles.”

“SEM micrograph of multi-layer surface coating on plastic. Shrunk , cracked, crazed and curling due to over-enthusiastic etch in plasma etcher.”

Sunsrise on MicroWorld. – “The causeway behind them was destroyed, and the suns’ alignment and the tremendous resulting forces now acting on the planet was also taking its toll on their equipment. High electrostatic charges and gravitational changes were causing serious problems with their tracking devices and navigational aids. These now could not be fully relied upon.”