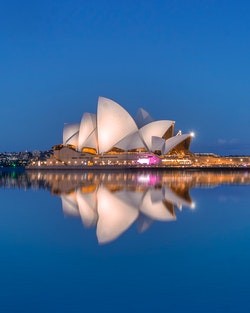 As mentioned the other day, have been awarded the commission for the new National Portrait Gallery in the ACT.

There is not a great deal of information on the actual building on the website – a perspective or two, a video that won’t load, an illegible plan. However, with JPW at the helm, I am sure that there is nothing to worry about – they have been entrusted with the Opera House renovations after all and produce arguably Sydney’s finest commercial buildings.

However what the official release does have though is lots of words (uncredited so I am not sure if they belong to the architects, the client, the PR department, monkeys). They are words like these:

“It is expressive of the diversity, creativity and openness of the Australian character.”

“The design reinforces our national identity, and encourages us reflect on what it means to be Australian.”

“The public spaces are planned on a single level with no apparent hierarchy and thus reflects the egalitarian character of Australians.”

What a you beaut bonza gallery this is gonna be!

You only have to look at the eradication of collective bargaining and the newly introduced sedition laws (trust us! we’re only going after the baddies!) to know that Australia is not a country that votes for openness, a fair go and civil liberties. It is a nation that votes to close its borders and to protect mortgage repayments.

Again at the press conference, the gallery’s director, Andrew Sayers laid the nationalism on thick, saying that

“as a functional woolshed shows its bones, so will this building reveal its structure in a very elegant way.”

Fucking woolsheds. The woolshed has to be the most abused reference in Australian architecure. How is this building like a woolshed? Because it has large open spaces? Dude, its a gallery. Large open space and natural light are nothing in this department. Because it has an exposed structure? Please.