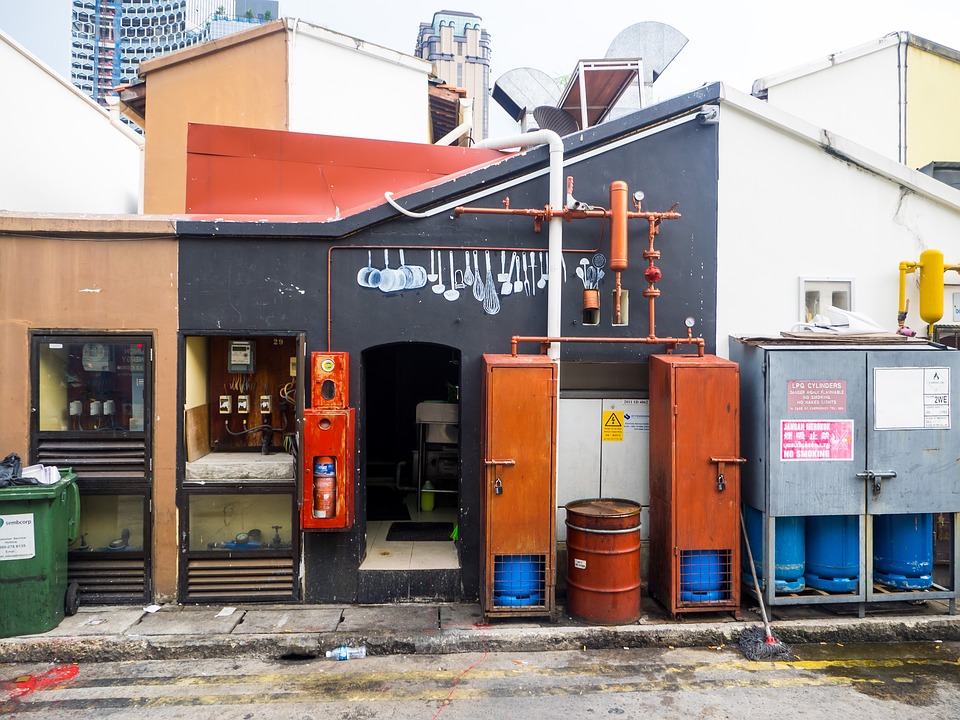 I am not usually a fan of shipping container projects. Chorus: “Lets All Live In Containers!” Me: “I’m keen on capsules, but not so much ex-maritime-infrastructure”. If the re-use of these things was at all feasible or sensible, then given the number of proposals to date espousing cratestyle living, we should all now be happily stacked and rotated. I think it is fair that we, the people, prefer to live in things with proportions taken from humans rather than Toyota Camry.

So having said that, you will have to excuse this lapse, when I get all excited about the competition scheme for a new cultural and mixed use etc centre in Osaka just to the north of Umeda Station.

Taking the etymology of Umeda as being ‘filled field’ the site is covered in a dense mat of stacked containers. This grid of containers is then carved by connecting streets, forming bladerunner-esque residential canyons while the roof surface is sculpted to form steep public landscaped hills. It is safe to say that achieving the objectives of SEPP 65 would be difficult in this development. However, I am not sure that daylight access and cross ventilation were defining principles for this project; rather this is more the territory of flying cars and shape-shifting alien assassins.

If a scheme like this is is going to work anywhere, that place is Japan where they can’t get the future fast enough, where they live vertically and density is a given. Or perhaps Dubai where there is a tendency towards the ridiculous if not the .

The work being produced by Maynard’s office has a consistent solidity and a saturation that gives each of the projects a kind of cartoon clarity. More on Maynard here and here.